My good friend Hal ZS6WB suggested that I should consider taking part in the event. I don’t operate much on HF digital modes and my log is a testament to that fact. My digital DXCC statistics are pretty poor to say the least. Based on this I decided to give the JARTS contest a go.

I am very pleased I followed Hal’s advice.

I managed to make 451 QSOs and I worked 55 DXCC entities in the process.

Since don’t have decent HF antennas I decided to concentrate my efforts to the 10m band. On 10m I use a rigid rotatable dipole up at some 8m agl. This clearly shows how poor the rest of the antenna farm is…….<insert smiley>

As I write this (some 7 hours after the contest) I see I have already have a great number of QSOs confirmed via LoTW including 6 much needed ATNOs on digital modes. I am hoping I might just find enough confirmations on LoTW to reach the 100 required for a ARRL Digital DXCC in the next few days.  My stats show 106 worked, 67 confirmed (still a long way to go).

There were many memorable moments during the contest:
I worked David K2DSL a fellow blogger.
Being called by ATNO’s whilst running: CE, WH6, XE and UP amongst others.

On the down side:
Why do some stations persist on calling when one is trying to work partials calls?
Does “P5ABC ?” not mean anything .
Seemingly the guilty do not understand the meaning of “KN” either.

It seemed sending “P5ABC ? P5ABC ? P5ABC ? de ZS6A KN” meant that it was an invitation for any station to call immediately without even a moment’s pause or hesitation. I understand this is a competition and not a tea party, but do we really need to act in this way?

The scatter graph below is very revealing. It clearly shows the typical age of the amateur population.

There are seemingly very few amateurs younger than 40. Most are between 40 and 80 years old.

The age of zero must be ignored. Issued by XYL’s and YL’s
The age of 99 was given by club stations.


I am sure we have all used club log before, but I suspect there are others like me that did not realize that there is much more to it than what meets the eye.

The full potential is only realized after one uploads your log to the system. It provides the user with very detailed statistics:

It alerts one of mistakes, logging errors and even highlights calls that are suspect or illegal (pirate) operations.

The user can decide if his logs should remain private or whether they can be viewed by other users. Personally I think the logs should be placed in the public domain; this will allow the league standings to be meaningful and will promote healthy competition amongst peers.

By uploading logs to Club Log will also enable the system to determine which entities are most wanted; in turn the DX expedition planners will use this information to provide us with much needed new ones.

It is quite amazing all this good stuff and it is for free, no strings attached…..


It seems the bands are in pretty good shape and there are numerous DX expeditions and rare entities active on the bands.

There were several highlights, a few listed below:


The other day I wrote about working Roman and Uwe whilst they were on an expedition to Liechtenstein.

They were not only portable, but they were full blooded SOTA mountain goats that must have gone to a great deal of effort to backpack their entire station i.e. Elecraft K3’s, batteries, antenna and supports etc. to the summit of a mountain?

The link below shows some rather nice images of their expedition.

Images of the trip:
http://www.mydarc.de/dl3tu/photos.htm 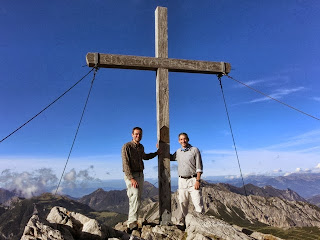 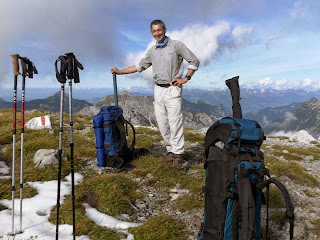